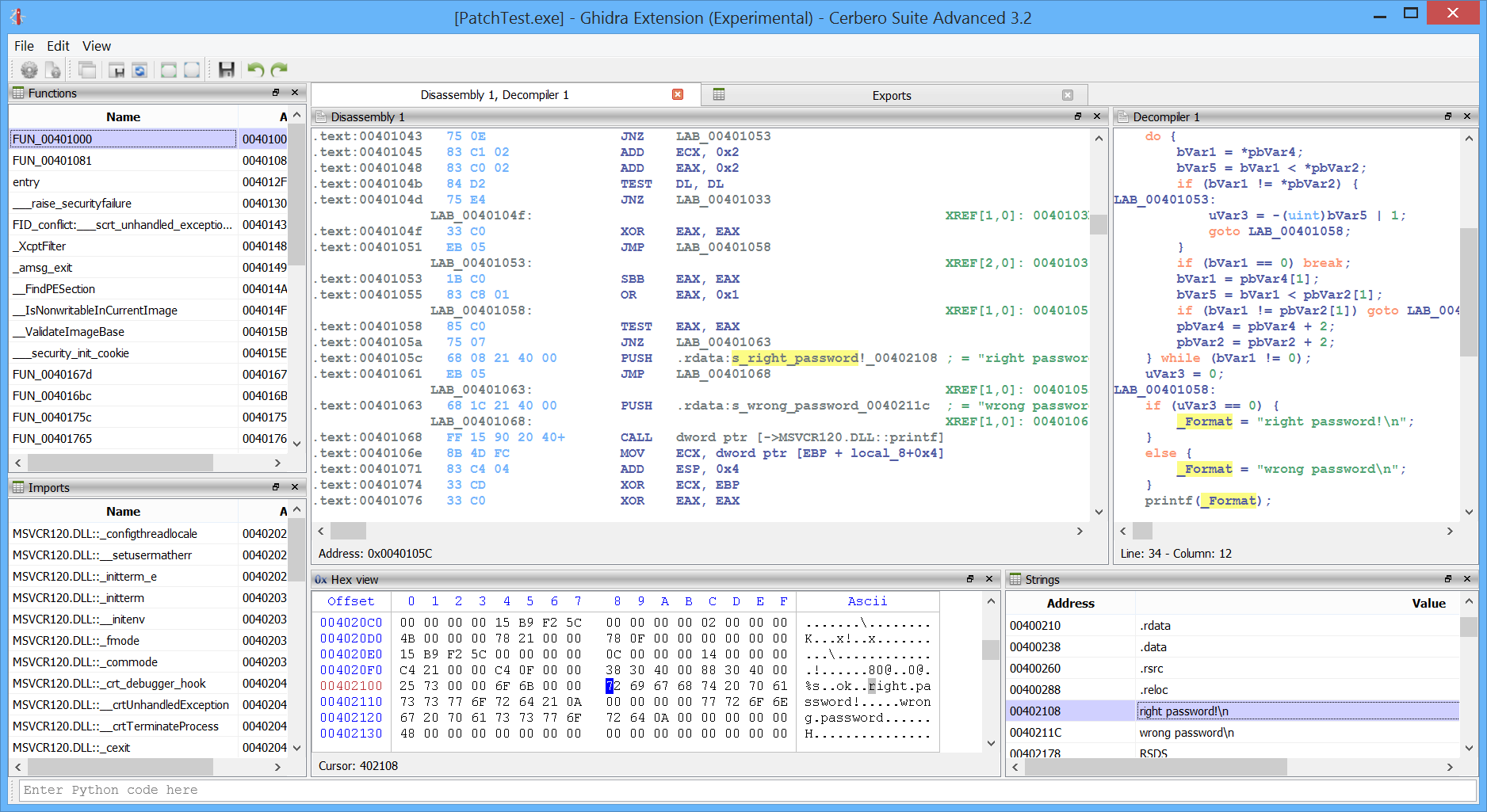 The people who voted for this on Twitter are the guilty ones.

You know who you are.

It has been many years since the last update of what had started as a hobby side-project when I was 19. I’m sorry that I haven’t updated the CFF for such a long time, given that thousands of people use it every day. A few months ago I stopped working for Hex-Rays to fully dedicate myself to my own company and thus I have decided that I have now the time and the energy (barely) to finally update the CFF.

Over the years I’ve received several bugfix requests, but couldn’t oblige because of the lack of time. If you’re interested that a particular fix goes into the upcoming release, please leave a comment under this blog post or drop me an email to ntcore@gmail.com (feel free to repeat the request, as it might have been lost during the years).

Please don’t include radical changes or improvements, we’ll leave that for later maybe. If your company needs professional PE inspection (not editing), I’d advice you to check out my current commercial product at cerbero.io/profiler, which doesn’t cover ‘just’ the Portable Executable format.

You can continue to leave comments or send me emails. As soon as there are enough new bug reports, I’ll upload a new version. In time, maybe, some small improvements could be included apart from bug fixes.

There’s a malware circulating that contains my name in its version information. I’m, of course, not the author (putting one’s own name in the version info would be brilliant). I’m clarifying, as three people already contacted me about it since yesterday.

It was probably done on purpose and it’s not the result of a random generation of different version info, as I suspect. What the author/s of this malware ignore, is that they made me stumble on an additional technique against malware, that’ll probably damage their business and force them to work more.

Given my very limited amount of spare time, it’s too soon to discuss this.

A small, on the fly video presentation of my new utility.

The emphasis of this application stands on parsing correctly the PDF format, if it can’t because the PDF is malformed (very common among malicious PDFs), then it provides the tools to read the objects nonetheless. I tested it on many PDF (also malicious ones) and it handles all of them very well.

As I have written this application in five days, there are still some small features I’d like to add, but most of the code is already there. I started the development of it quite some time ago on a weekend while I was sick at home and have found only now the time to finish it.

I have no plans about how and when to release it yet, but some friends of mine will start using it in real world scenarios.

P.S. Thanks to Alessandro Gario for the throughout testing.